Monopoly
Controlacriongame.com is not an official representative or the developer of this application. Copyrighted materials belong to their respective owners. To download the app, you will get links to the Official Website and/or official digital markets.

Monopoly Plus is a classic board game that got a brand new 3D implementation by Ubisoft. In this version of the legendary game, you can do everything you are accustomed to and watch how the world changes after you make decisions. You can download Monopoly Plus for your PlayStation 4 to experience this new admirable gameplay.

When you launch Monopoly Plus game for the very first time, you are likely to expect an ordinary flat board with tokens, pictures of different businesses, and some new features. Instead, you see a beautiful dynamic world with attention to detail. The great feature of visuals in the game is the tilt-shift effect. It provides a very unusual and in-depth perspective that makes all objects in the game look like you can touch them.

Monopoly Plus gameplay is based on traditional rules of Monopoly. If you like the original game, you will enjoy playing this version much more. There is the same field for moving of tokens, but everything looks alive. Even the plastic tokens are animated. For example, if you choose to play with a cat figure, it will jump from cell to cell like a real one. You can also look at how the city works, how cars ride, birds fly, and many other details. The process of building is incredibly immersive. Following all stages of the animation is exciting.

There’s no need to explain the rules of the game because the built-in instructor helps to make every step correctly. It also introduces you to some tricks and hints to give you an idea of the play. This feature is very helpful because you can choose to play different modes of the original game.

The comparison of PC and console versions for this Monopoly Plus review revealed that both keyboard and gamepad setups are perfect for convenient play. The gameplay is unhurried, so you don’t need extra precision, shortcuts or other special control features.

Monopoly Plus full game includes a PvE offline mode that allows you to play the solo campaign or quick matches versus the computer. The multiplayer mode allows you to join live sessions in a few seconds. Every new game brings new scenarios and requires you to make various decisions. It’s also available in a Monopoly Family Fun Pack that includes more versions of the game.

In general, Monopoly Plus is a genial implementation of one of the most popular board games in the world. Now, it won’t appear dull even for haters of the genre. You can quickly get into the game with the help of the virtual instructor and find thousands of competitors to test your business mind flexibility.

Download Monopoly Plus to get one of the best translations of the classic board game into the virtual medium. It’s the same old Monopoly, but it’s finally alive! 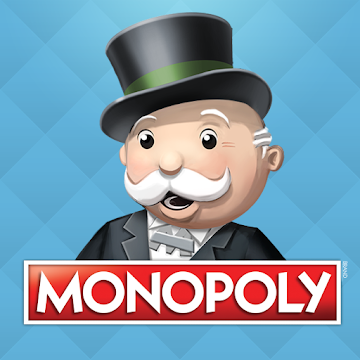